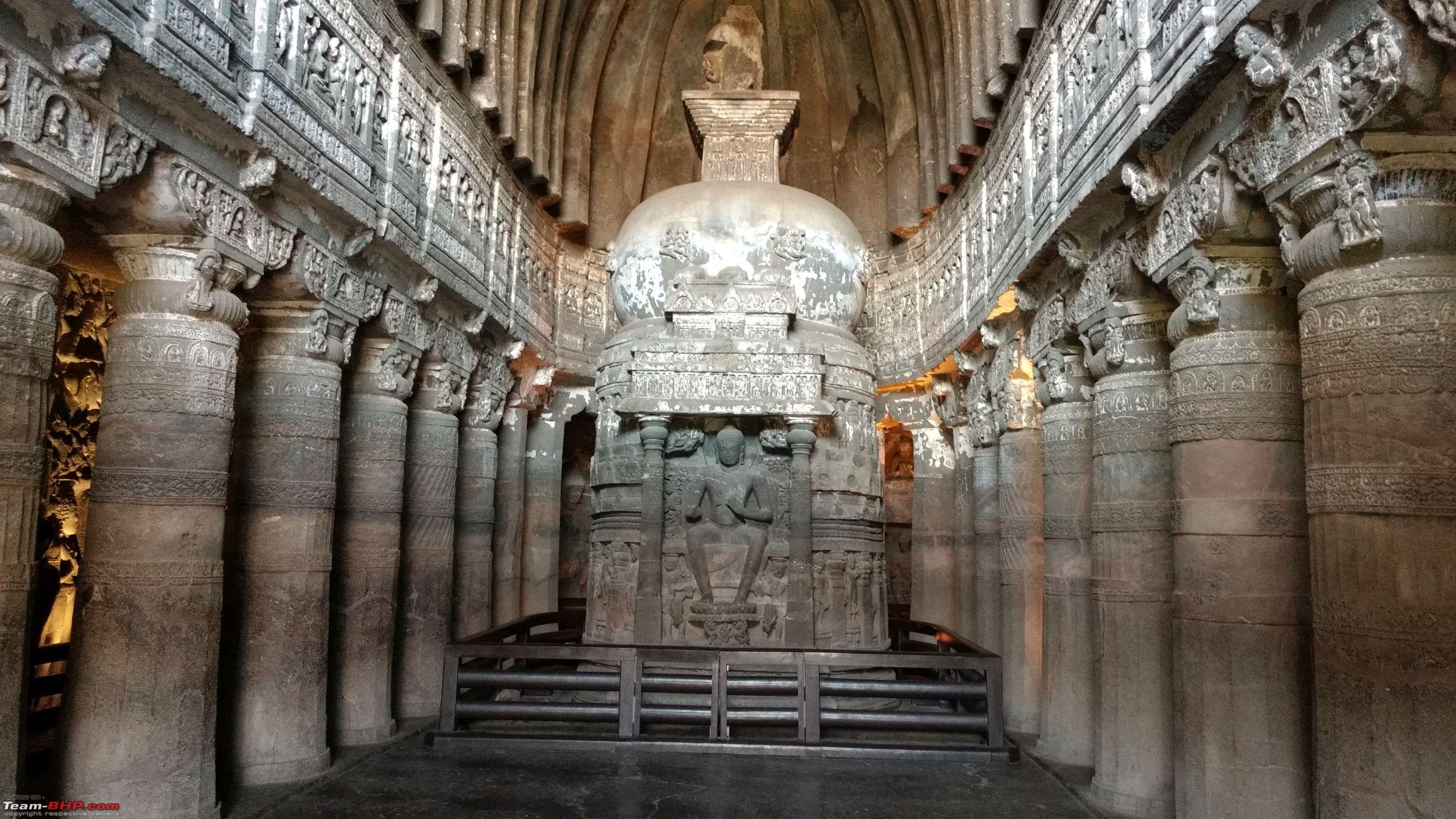 We will pick you up in the morning from your desired location and drive straight to Aurangabad. On arrival, check-in at the hotel. Later, we will visit Ellora and Ajanta Caves, Aurangabad Cave and enjoy an overnight stay at the hotel.

Ellora Cave: Recorded in the list of world-heritage site, Ellora cave is situated around 30 km away from Aurangabad. The Kailash Temple of the Ellora caves is the major attraction among the tourists and work of art of the architect. The temple is one of the largest and massive sculptures of the world.

After breakfast we will visit Bibi Ka Maqbara, Quila-E-Ark and Sunehari Mahal. In the evening drive back to the hotel for an overnight stay.

Bibi Ka Maqbara: Built in 1679 AD by Aurangzeb's son, the monument Bibi Ka Maqbara was built it in the memory of his mother Rabia. It was designed by Ata Ullah, who initially designed the Taj Mahal.

Quila-E-Ark: Build in 1692 on the order of Aurangeb, Quila-E-Ark palace is also known as the Killa Arak. The ruins of this palace are extended from Delhi to Mecca gate. The Jumma Masjid and Dabar hall are the only leftovers that are of interest to the tourists.

Sunehari Mahal: Located in Paharsingpura, Sunehari Mahal was constructed by a Bandalkand chief who came with Auranzeb in the Dakhan. The structure is made of stone and lime and is counted among the marvel of Aurangabad.

After breakfast, check-out from the hotel and drive back to Pune. On arrival at Pune, we will drop you at your place.

Pune, the city of countless epithets, is the most magnificent cities of India dubbed as the 'Queen of the Deccan'. The metropolitan place has many weekend destinations, which are around couple of hours drive away and some are extremely very beautiful that can't be expressed in words. For Punekars or Puneris, it is the best part that they can plan for weekend trip to some nearby tourist places like Aurangabad, Alibag, Bijapur, Khandala, Lavasa, Mahabaleshwar, Ratnagiri, Nashik, Matheran, Shirdi, etc. After having such busy working schedules, it becomes very important to get some refreshment and fun in weekend. These are excellent destinations to relax with your friends or families, away from the crowded cities.

So, if you are from Pune and planning to make your weekend exciting, you can get a long list of places that are very close to the city. You can have that opportunity to explore historical monuments, religious temples, natural caves, parks and gardens. Besides, you can also view beauteous hills that are ideal for weekend getaways. What are you up to!!! Book the most suitable spot from Pune and enjoy your weekend as India Tours and Travels brings customized weekend tour packages to meet your requirements. So, select your perfect package and move on…

Named after the Mughal emperor Aurangzeb, Aurangabad is an ideal gateway site from Pune to the famous World Heritage Sites - Ajanta and Ellora Caves. Loc ated on the bank of the Kham river, Aurangabad city is the district headquarters that offer tourist all kinds of modern comforts they ever expect. Some of the major attractions of the city include Bibi Ka Maqbara, Ajanta Caves, Aurangabad Caves, Quila-E-Ark and Sunehri Mahal.