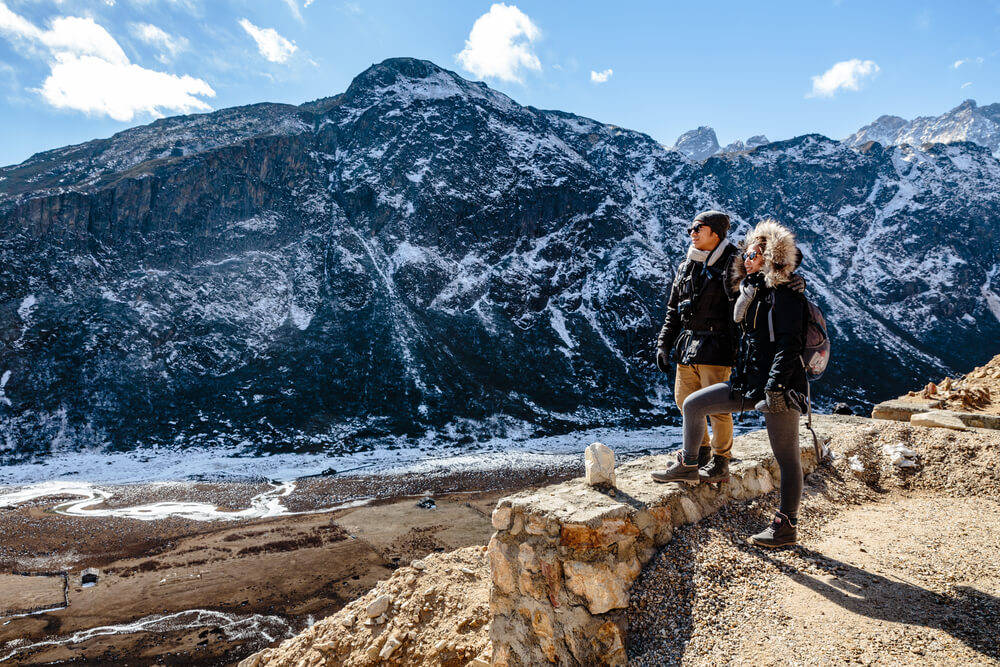 Day 1 - Arrival and Transfer to Gangtok : Our car driver will be there to receive you at New Jalpaiguri Railway Station (NJP) or Bagdogra Airport ( IXB ) -  You will be assisting for the transfer – Transfer to Gangtok – Nearly 120 Kilometers 4 hours drive - Gangtok – The capital of the 22nd State of India, Sikkim is one of the most beautiful hill station with varied options for tourist – It is known for the monastery, Orchids, High altitude Lake and butterflies – It has option for tourist of all ages – Check into Hotel –Evening free to roam around M G Road (Mall) or local Shopping center - Overnight stay at Gangtok

Day 2 - Excursion to Tsomgo Lake, Baba Mandir  (Full Day) : Morning breakfast at hotel – Excursion to Tsomgo Lake & Baba Mandir nearly 40 kms and 2 hours drive -Tsomgo Lake is situated at an elevation of 3753 m / 12310 ft - The Lake is oval shaped lake nearly 50 ft deep - Generally covered in snow for most of the year the year –home to the Brahmini ducks & many migratory birds – Nearby is the sacred Baba Mandir known to be a very holy site for all – Back to Gangtok

Day 3 - Transfer to Lachung : Morning breakfast then around 10 AM drive to Lachung via Chungthang – Lachung is 125 kilometers, 5 to 6 hours drive –Chungthang nearly  3 hours of drive from Gangtok - Lachung situated at an altitude of 8600 feet - On the way enjoy a few wonderful locations like Seven sister waterfalls,  Naga Waterfalls and the confluence of Lachen Chu and Lachung Chu at Chungthang - The road leads through Rhododendron plants of the Singha Forest Reserve extended up to the Tibetan Plateau - Picturesque landscape, snow peaked mountains, flowing rivers blooming rhododendrons - During April / May / June one can find the riot of colours as Rhododendrons, Primulae and many other Alpine Flowers are in full bloom – Guest are expected to reach Lachung at late afternoon or early evening – Check into hotel – Evening free to stroll up to Lachung monastery – Night halt at Lachung.

Day 4 - Sight Seeing at Yumthang & Transfer to Gangtok : After breakfast drive towards Yumthang situated at an elevation of nearly 11800 feet - On the way you may visit the famous hot spring which is known for its curative properties of skin diseases - Yumthang is a valley near the river Lachung Chu surrounded by mountains - In spring the valley erupts in riots of colors as Primulae, Rhododendrons and many other Alpine flowers in full bloom along with snow covered valley except in autumn - During winter Yumthang is somber with snow all around and the snow clad mountains adding to the ethereal beauty.  (Optional visit to Zero Point at extra charge). Return to Hotel for Lunch – Transfer to Gangtok via Twin Waterfalls, Bhim Nala Waterfalls –Night stay at Gangtok.