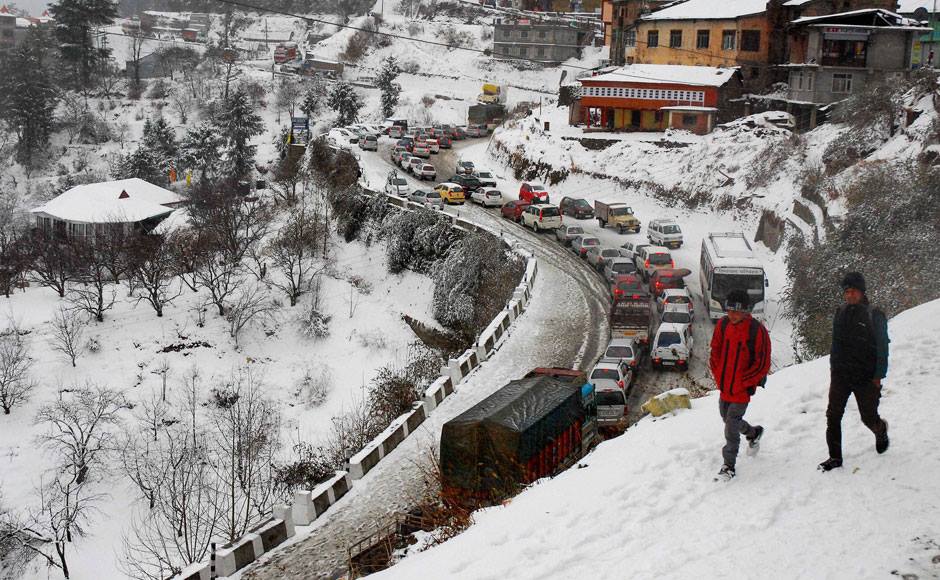 Day 1) Delhi to Shimla (365 Kms 10 Hrs)
On arrival in Delhi Railway station or Airport you will meet and assist by our representative and drive to Shimla. On the way visit Pinjore Garden, Timber Trail. On arrival check in hotel. Dinner at hotel. Overnight stay in Shimla.

Day 2) Shimla
After breakfast Excursion to Kufri. Kufri is famous for its Himalayan National Park, Poney and Yak Ride and One can see the endless Himalayan Panorama from Kufri, after lunch sightseeing of various places in and around. Shimla mosques built in (1830), Vice regal Lodge built in (1885), Christ Church built in (1844), The Gaiety Theatre- the first beauty contest of world was supposed to start (1887), The Grind lays Bank (1912)- the world wide bank started by Robert Melville Grind lay, The Scandal Point and The famous Shopping Plaza of the North The Mall. Dinner at hotel. Overnight stay in Shimla.

Day 3) Shimla to Manali (265 Kms 8 Hrs)
After breakfast checkout from the hotel & proceed to Manali. Its Placed at an altitude of 2050 m above the sea level, Manali is a very popular hill station that is flocked by tourists every year in crazy numbers. On reaching, check-in at the hotel. Get some rest. The evening is at leisure. Take a walk on main market road of Manali, Enjoy the cool breeze and more. Dinner at hotel and overnight stay in Manali.

Day 5) Manali to Chandigarh (320 Kms 10 Hrs)
After breakfast check out hotel depart for Chandigarh. On the way visit Kullu Vaishno Devi Temple, Kullu shawl weaving Ind . Chandigarh is the 1st planned modern city of India designed by the French architect Le Corbusier. The city was named after the mother goddess of power, Chandi, whose temple Chandimandu is a feature of the new city. On arrival check in hotel. Dinner at hotel. Overnight stay in Chandigarh