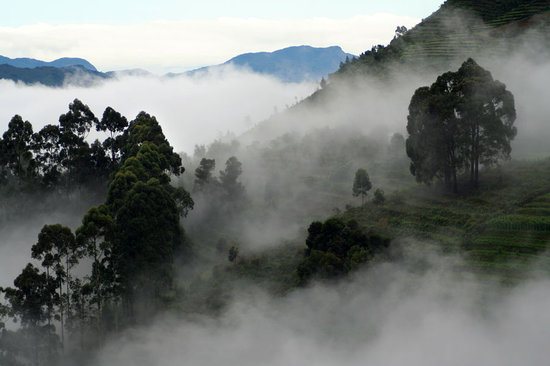 01 day : Pick up from your point in Coimbatore proceed towards Ooty. Check in hotel and in evening visit Botanical garden and enjoy boating at Ooty Lake. (Boating tickets are not included).

03 day :After Breakfast checkout and depart for Kodaikannal, After reaching in the Evening check in to the hotel

Ooty, India
Udagamandalam was originally a tribal land occupied by the Toda along with other hill tribes who coexisted through specialisation and trade. The major tribes of Nilgiris area are the Toda, Kota, Irula and Kurumba.

The Toda in the Nilgiris are first referenced in a record belonging to Hoysala king Vishnuvardhana and his general Punisa, dated 1117 CE.[9] The Toda people were known for raising water buffalo. The people known for farming activities.[10] Nilgiris was ruled by various dynasties like Satavahanas, Gangas, Kadambas, Rashtrakutas, Hoysalas, the Vijayanagara empire and the Rajas of Ummattur (on behalf of Wodeyars of Mysuru).[9][11][12][13][14] Tipu Sultan captured Nilgiris in the eighteenth century and extended the border by constructing a hideout cave-like structure.[10] The Nilgiris came into possession of British East India Company as part of the ceded lands, held by Tipu Sultan, by the treaty of Srirangapatnam in 1799.

In 1818, J. C. Whish and N. W. Kindersley, assistants to John Sullivan, then Collector of Coimbatore, visited Ooty and submitted a report to him. Sullivan camped at Dimbhatti, north of Kotagiri in January 1819 and was enthralled by the beauty of the place. He wrote to Thomas Munro, " ... it resembles Switzerland, more than any country of Europe... the hills beautifully wooded and fine strong spring with running water in every valley."[15] The Toda ceded that part of the town to Sullivan and in May 1819, he began to build his bungalow at Dimbhatti. He also started work on a road from Sirumugai to Dimbhatti that year. The road was completed in May 1823, and extended up to Coonoor by 1830

Aranmore Palace in Ooty, served as the summer capital of the Madras Presidency; it was visited by British officials during the colonial days as a popular summer resort.[16] Soldiers were sent to nearby Wellington to recuperate. Wellington is the home of the Madras Regiment of the Indian Army.[17][18] After Independence, it developed into a popular hill resort.